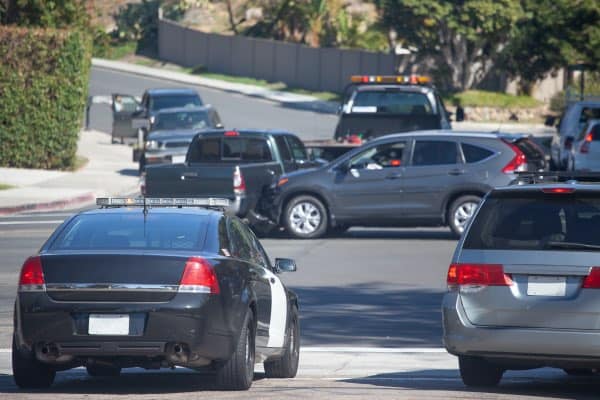 DWIs (driving while intoxicated) cause of some of the most horrific accidents in the United States. According to the National Highway Traffic Safety Administration, about 30 people die every day in this country due to accidents caused by drunk driving. In 2017 alone, there were 10,874 deaths related to drunk driving car crashes. If you have been involved in a car accident and the other driver was intoxicated, you may be eligible for monetary compensation for damages and medical expenses. Contact the personal injury attorneys at Branch & Dhillon for a free consultation and to get started back on the road to recovery.

Is a DWI Limited to Only Alcohol?

While a majority of DWI cases are related to alcohol consumption, drugs, such as marijuana, also fall into this category. Alcohol and drugs both have the ability to impair judgment and slow down muscle coordination and reaction time. All of these skills are extremely vital for drivers, as road and traffic conditions are always changing.

How Do They Test of a DWI?

Law enforcement will administer a breathalyzer test on the site of an accident or if you get pulled over for suspected drunk driving. Blood alcohol concentration (BAC) can also be tested by a blood test, which will show a more accurate representation of how much alcohol was in the driver’s system during the accident. DWIs are typically determined when an individual has a blood content level of .08 or higher.

A balance test and a urine test are usually performed to check if someone is under the influence of drugs either when they are pulled over for suspected DWI or after an accident. In either case, the consequences for being convicted of a DWI are steep and even steeper if the accident causes injury or death.

Nationally, according to the 2017 statistics released by the National Highway Traffic Safety Administration, drunk driving accounts for about ⅓ of all traffic fatalities in the United States. One person was killed every 48 minutes in 2017 due to a drunk-driving crash. In 2017, 21% of men were reported drunk in car accidents and 14% were reported to be women.

Here is the break down of the severity of drunk-driving car accidents in the state of Texas in 2018:

The five cities in the DFW area that saw the most drunk driving accidents are as follows:

In 2018, as reported by the National Highway Traffic Safety Administration, there were a total of 988 fatal car crashes in South Carolina. Of these, 313 were caused by the responsible driver being under the influence of alcohol, which is 32% of the total fatal accidents. The top five counties in South Carolina with the most reported fatal drunk driving accidents in 2017 are as follows:

Driving while under the influence of alcohol is considered a serious crime in the United States. Commonly, drunk driving that results in an accident carries with it hefty fees, jail time, and driver license revocation. Each individual state handles the consequences for drunk driving a little differently, but one thing remains the same: drunk driving is treated seriously, even for first-time offenders.

Consequences for DWI in the State of Texas

DUI convicts may also have their license suspended. The amount of time their license will remain suspended is dependent on how many times they have been convicted of a DWI. The suspension periods are as follows:

While their license may be suspended, depending on the convicted party’s circumstances, an “occupational license” may be granted for driving to and from important time commitments, such as work, school, or doctor’s appointments.

South Carolina bases the extent of the legal punishments for DUIs depending on how many offenses the convicted party has on their record. The following are the potential consequences for a person convicted of a DUI in South Carolina;

First-time offenders in South Carolina may have an alternative to jail time; community service equal to the amount of time served is an option.

DUI convicts in South Carolina must also go through the Alcohol and Drug Safety Action Program (ADSAP). The program attendants take part in an alcohol and drug evaluation. The results are then used to cater the program to the individual’s needs.

Even if an individual is convicted of a DUI by the court system, victims must still file a civil lawsuit against the party in order to gain compensation. Injuries, wrongful death, and property damage can completely derail one’s life and make the road of recovery seem impossible. You shouldn’t have to face the cost of recovery alone. Contact Branch & Dhillon, P.C. to join with a professional team of personal injury attorneys who put your best interests first. We provide free consultations and a no-win, no-fee policy. If your case is settled before the lawsuit is filed, our attorneys will automatically lower their fee to accommodate the compensation net of the settlement. Branch & Dhillon’s team is dedicated to getting you the compensation you deserve for you and your family.