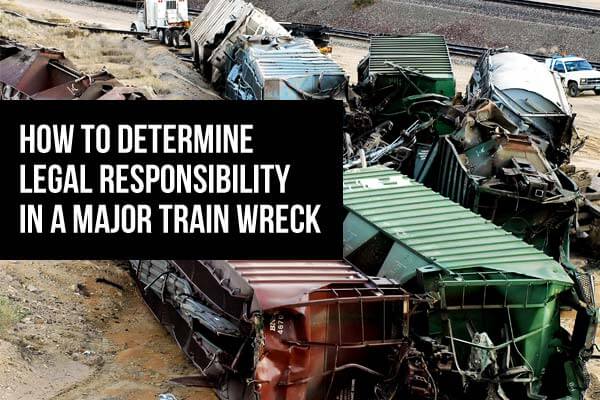 With the recent fatal train wreck in South Carolina coming nearly on the heels of the fatal Amtrak accident in Washington State, more questions are being asked about the safety of rail travel in the US. Outdated tracks and signaling systems, aging train cars, and a lack of training for employees are all being cited as serious concerns. For the injured parties, the families of those who were killed, and the owners and operators of the train companies, the legalities of the issue are also called into question. Namely, who is at fault for the deadly wreck in South Carolina is the biggest question being posed right now. Additionally, what can be done to avoid another wreck of this type is also being studied.

Deciding Who Is At Fault

It is not always easy to determine who is at fault in an instance like this. For example, if a moving car hits a stopped car, the driver of the moving car would almost always be at fault. They struck a stationary object. But with a train, there is no opportunity to swerve to avoid something stopped on the tracks. These trains are at the mercy of switches, which provide them with signals as to whether they are clear to proceed or not. They also have set track speeds they must follow for safety. But when something goes wrong, even a quick reaction time may not make a difference. Trains can take up to a mile or more to come to a full stop, and that is well past when they would have struck an object on the tracks.

What is Positive Train Control, and Would It Have Helped?

Positive train control is a system designed to detect how fast trains are moving and slow or stop them if they are traveling too quickly or there is a problem with the track ahead. Whether this system would have helped in this instance is questionable, however, because the switch that would have kept Amtrak on the proper track was in the wrong place. The system of signals on which the engineer relies was down for maintenance. In that scenario, positive train control may not have been up and working, either, and it may not have provided insight into the realization that Amtrak train 91 was moved to the wrong track and not requested to slow down or come to a stop for safety.

Switch Keys Can Be Bought Online

Going online to eBay or other sites makes it easy for anyone to buy a switch key for CSX or other train companies. These keys and the locks they work are not changed frequently, if at all. Some keys from years ago will still work switch locks today. So there is a concern that this may have been sabotage. Recent developments in the NTSB’s investigation do not indicate that this was the case, but it is still a theory held by some until the final report is released. The most likely scenario, however, is that there was no sabotage and that the worker(s) responsible for that switch had it in the wrong place by accident, or through carelessness, while they were doing maintenance work on the track and signal system.

Maintenance May Have Made a Mistake

All of the preliminary findings indicate that maintenance played the most significant role in this particular train accident. Having a switch in the wrong place can happen, and having signals and warning systems down for maintenance can also occur, but this scenario was created through a lot of poor timing and bad decisions, it would appear. Until the entire investigation is complete, however, it is not possible to say exactly what caused the crash of Amtrak train 91 into a stopped CSX freight train on a siding in South Carolina. As the investigation continues, there may be other details that come to light and that have to be addressed and considered as part of the puzzle.

What the NTSB Looks For

When the NTSB conducts an investigation, it looks for a number of things. In this case, it will consider the condition of the track, the placement of the switches, and the maintenance issues that were taking place. It will also look at which employees were responsible for the switches and maintenance, and autopsies will likely be performed on the fatalities to determine whether they were in any way potentially impaired at the time of the crash. There are “black box” recorders on trains, just like there are on airplanes, and those will be studied, as well. The NTSB is very thorough in their investigation, and will only release a full report when they feel they have completely addressed the issue.

So, What Really Happened to the Train?

What really happened to Amtrak train 91 may not be settled for months, but all of the preliminary evidence points to a train that was guided to a siding where it should not have been. That occurred due to a switch in the wrong place, and signals that would have avoided the problem down for maintenance reasons. Whether this is eventually ruled as a tragic mistake or a chargeable accident through negligence remains to be seen.

For questions about legal responsibility, contact Branch & Dhillon, P.C. to speak with an attorney.