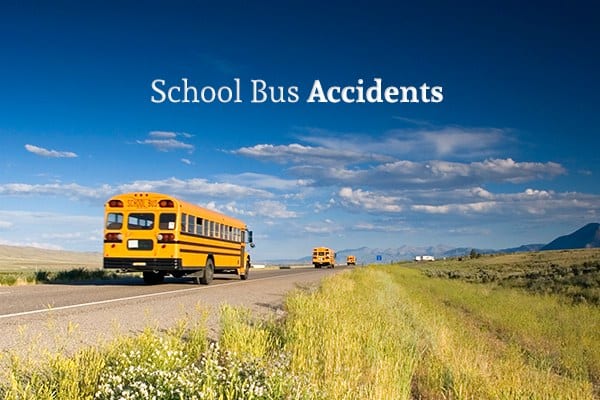 The National Highway Traffic Safety Administration (NHTSA) has determined that school buses are 70x more likely to get children safely to school than cars. Despite this fact, thousands of children get hurt in school bus accidents each year. If your child was injured in a school bus accident, you might be able to bring litigation against one or more parties, including:

Unfortunately, gaining compensation after a school bus accident is often quite difficult. Here is what you should do in order to bring a case against the responsible party:

Unfortunately, proving one or more of these things can be difficult. It takes a skilled personal injury attorney to make sure that school districts are held responsible for their negligence or willful disregard for your child’s safety.

If the school bus is privately owned – such as by a contracted agency or a private school – it may be easier to prosecute the responsible entity for one of the above acts of negligent or willful disregard for safety.

These are just a few of the cases in which the bus driver may be found liable for the accident.

Sometimes, the driver and district are not at fault or are only partially at fault for the accident. If the bus had faulty parts which caused the accident, the manufacturer of those parts may be found responsible for the school bus accident. Of course, if these problems should have been found during annual inspections, the school district may also be found to be partially at fault.

When Another Driver Causes the Crash

In some cases, the accident may be caused by another driver. Car accidents are all too common, and sometimes a negligent or aggressive driver will end up hitting a school bus. In these cases, the driver that caused the crash will usually be the one held liable for the school bus accident.

If your child was hurt or killed in a school bus accident, contact the law offices of Branch & Dhillon, P.C. immediately. You often have a limited amount of time to bring litigation against a government agency or employee, so it is important that you act fast. Call us today to schedule your free consultation.