Home  »  Motorcycle Accident   »   4 Tips for Sharing the Road with Motorcycles 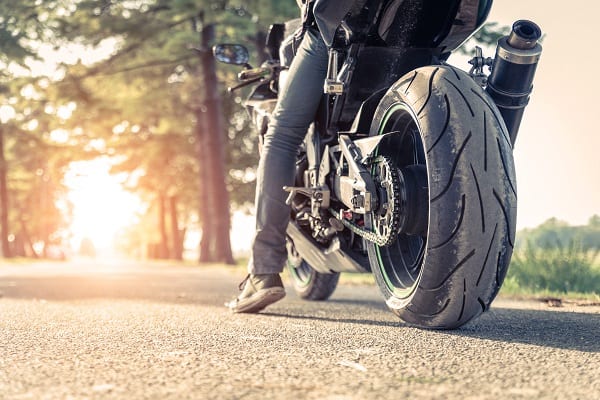 Even when fully equipped with a full-face helmet, leather riding suit, and moto boots, motorcyclists are extremely susceptible to serious or fatal injuries in the event of a collision. While driving alongside motorcycles, you can actually help protect these individuals from unsafe driving conditions by utilizing proven safety practices.

Adopting safe driving practices not only keep motorcyclists safe from harm but also goes a long way in protecting you as well. Read on to learn about four important tips for sharing the road with motorcyclists to make your trips as safe as possible.

Motorcycles handle far differently than other vehicles on the road, making it difficult to intuitively respond to their actions. Drivers often have to avoid uneven surfaces and debris in the road to avoid skidding out or getting involved in a motorcycle crash. Train tracks, potholes, and other roadway hazards cause motorcyclists to slow down and weave around the obstacle to remain safely on two wheels. Furthermore, on average, motorcycles can stop much faster than the equivalent of a four-wheeled vehicle.

Watch for Hand and Light Signals

Since motorcycles have smaller than normal turn signals, they can be difficult to see in the daytime. To compensate for this, motorcyclists may use hand signals, in conjunction with their vehicle’s lights, to indicate a turn. Motorcyclists may also use hand signals to indicate nearby road hazards and other upcoming obstructions. You must correctly read the hand signals used for right and left turns to understand the information provided by the motorcyclists around you. If in doubt, slow down and use caution until you have passed the indicated issue.

Check and Double Check Before Turning Out

Many motorcyclists and their potential passengers end up seriously injured or killed when drivers fail to note their presence or misjudge their speed while turning out on the roadway. Protect your fellow motorists, and yourself, by checking at least twice both ways before pulling out of a driveway or side street. Ensure your vehicle remains visible by keeping your headlights on and using your turn signals to allow motorcyclists to better see your vehicle.

Despite your best efforts to remain safe on the road, automotive accidents may still occur. If you are involved in an accident with a motorcycle or any other vehicle, contact Branch & Dhillon, P.C. at 817-533-3430 to acquire legal representation for your case.